EBay seller sends an email “The funds arrived today the car is ready for shipment”. 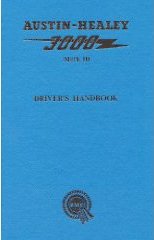 I found another book on amazon.com which i immediately ordered. It’s a new release of the original “Austin-Healey 3000 Mark III driver’s handbook”

A friend of mine, who has some old Land rovers and Range Rovers, gave me a tip. To check the history of his cars he ordered a Heritage Certificate at the UK heritage motor centre. For just 64 UK Pond I ordered  a “Heritage Certificate & Technical Specification Package”.

Link to the website of the heritage motor centre http://www.heritage-motor-centre.co.uk/ 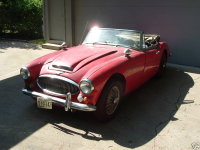 On June 19, 2009, I was checking EBay and found a project car that had the right color and interior. It was a red Austin Healey 3000 Mk III phase 2, one of the last build Big Healey’s in 1968. The auction would end on June 22 at 06:46 CEST. Because the car was located in Houston Texas and I live in The Netherlands, I hesitated. But on Sunday evening, the day before the auction would end, I decided to enter a maximum bid. Just before I left for work on Monday, the auction ended and EBay said “Congratulations, you have won the object”. Okay now what, I bought a car in the US, a lot of things needed to be arranged.

On Christmas Holiday in 2006 I asked my girlfriend to marry me. She said yes and so we got married on June 8, 2007. During that period our house was being rebuilt so we decided to book a bridal suite for a few days. The day before the wedding my Girlfriend said that she had a surprise for me. I didn’t know what. I assumed it had something to do with the wedding. It had! We left the hotel and drove a few kilometers with my Audi S4, a very nice high performance all wheel drive car. For the last fifteen years I only drove Audi’s. We arrived at warehouse and there we had to wait. I was getting curious but she didn’t say anything. After waiting for 10 minutes a BMW 5 series drove towards us. When the car was close enough to see who was driving it, I saw that it was the boss of company where my girlfriend works. I still didn’t know the surprise. We went in to the warehouse where he opened a door and for the first time in my life a saw an Austin Healey. Which I now know was an Austin Healey 3000 Mk III. I was not very enthusiastic, 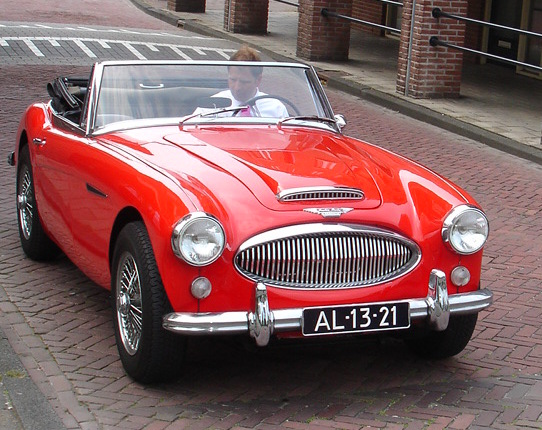 I always drove modern cars and didn’t care about classics. He handed me the keys and explained how it worked, the only thing new to me was the electrical overdrive. I was told that the Healey was a car which could be driven like a modern car, so I took off. After a few kilometers a got the feeling that this car was very nice to drive. It had enough power and I could easily follow my girlfriend in the Audi S4.

The next day we got married and the Healey was our wedding car. We spend the days after the wedding with driving the Big Healey, more and more I got enthusiastic about it. Coincidently we passed by a hotel where ten minutes before a rally started. This rally was organized by the AHCON (Austin Healey Owners Club Netherlands. Since we were driving a Healey the officials thought we missed the start of the rally and quickly handed us a route book. Okay… only two days of driving experience in a Healey and no experience with rallies. We hesitated a little and than we decided to follow the route book. At least we could enjoy the nice setup route. During that day we saw a lot of Austin Healey’s, 100/6, 3000 Mk I, II and III, some in full rally setup. The next day we returned the car to its owner and I we drove home in the S4. Since that day 2 years have gone by and my interest in Healey’s is growing more and more.

The last few months I was checking different websites to see what was offered. Unfortunately most of the cars that were offered were, to expensive, not the right color. Even the few offered project cars cost around € 20K