After only replacing the diaphragms of the su carburators the engine started. 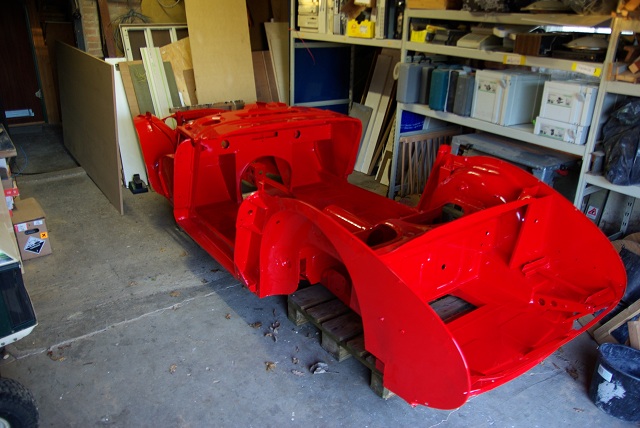 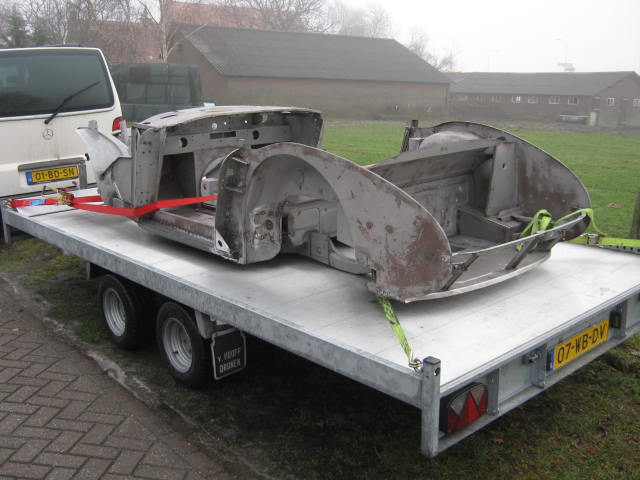 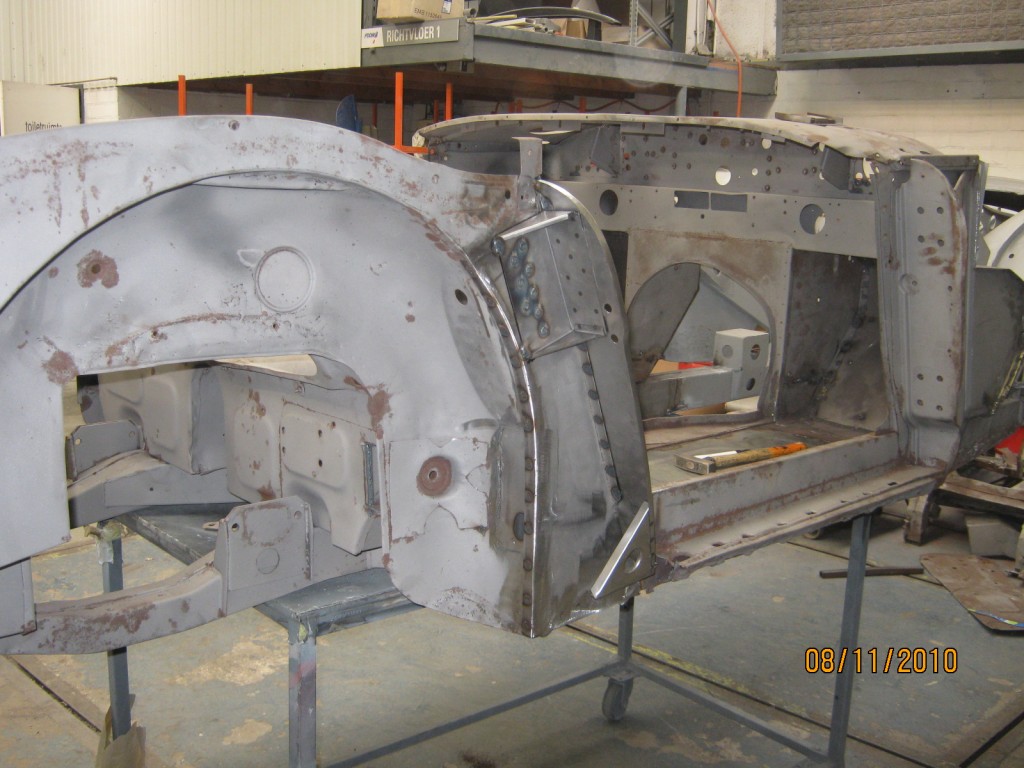 Back side view of side pillar 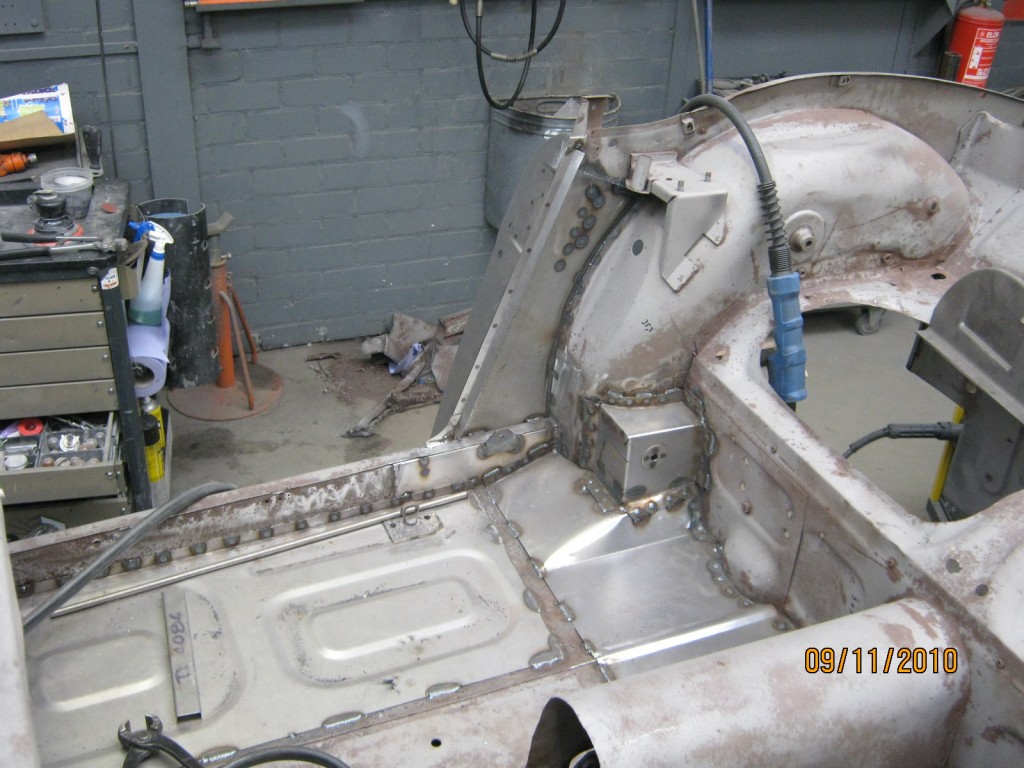 Right side overview of replace parts 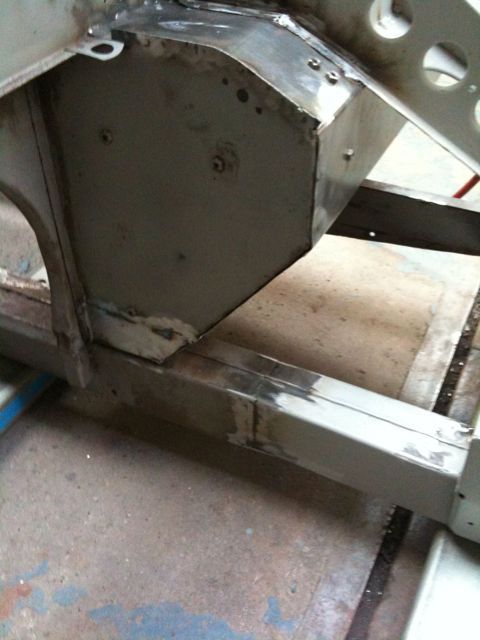 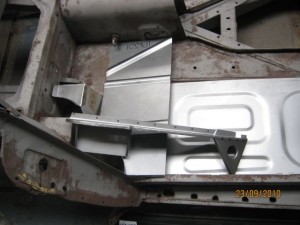 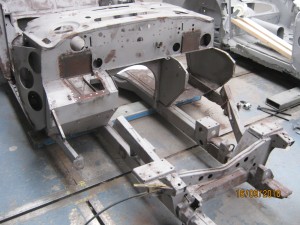 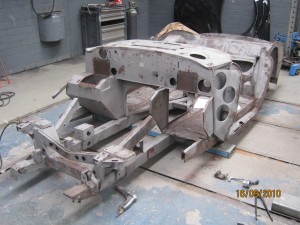 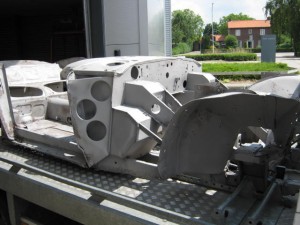 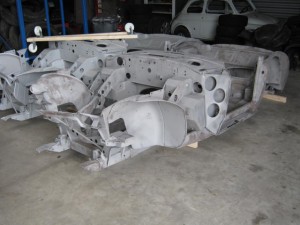 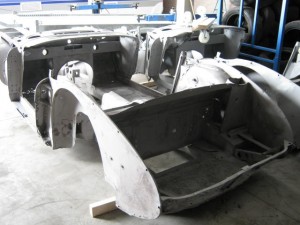 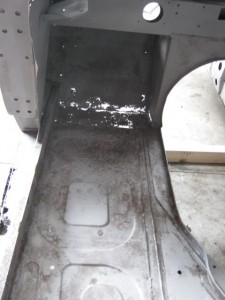 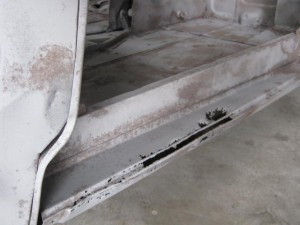 Due to some accident damage which had been repaired badly, the Healey has some structural problems on the front end. I need to replace the front part of both chassis rails. Both upper engine bearer struts are damaged and also need to be replaced. I found another Healey chassis which can be used as donor. It’s not a BJ8 but BJ7 chassis. Luckily there isn’t much difference between the BJ8 and BJ7  front end of the chassis. 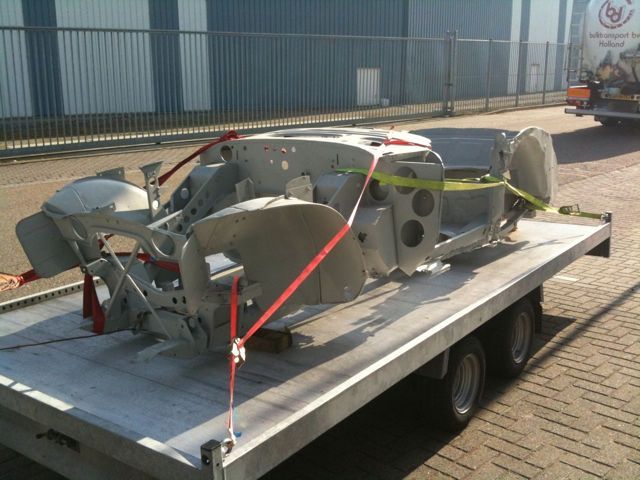 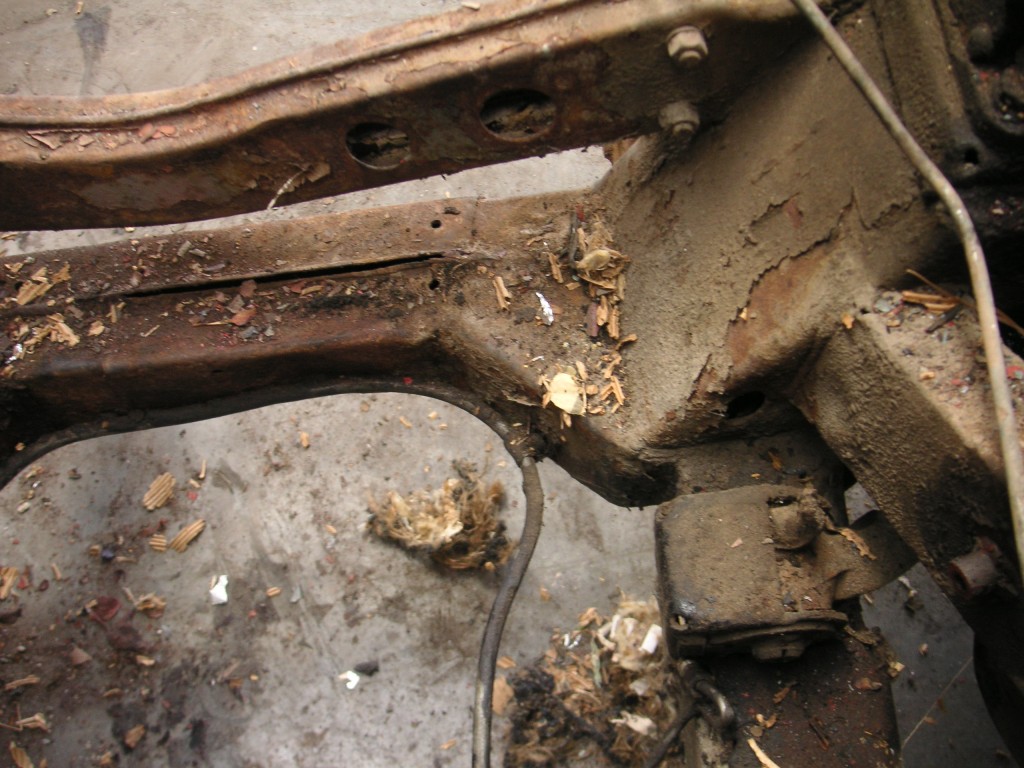 All what was left to do was remove the rear seats, fuel pump, rear axle and front suspension, steering rack and wheel. Unfortunately I spend almost 8 hours on removing rear axle.  The bolts of the radius arms where stuck in the bushing. I could rotate the bolds together with the crush tube. At last I decided to cut the bolts on both sides of the crush tube, after that the rear axle could easily be removed. Removing the front suspension was even more difficult. Three of the four the control arms bolts where stuck. Since the part of the chassis where the control arm mounts are, needed to be replace anyway, so I decided to cut the control arm mounts.  Luckily my brother in law joined me that evening. We worked until midnight to get the Healey ready for sandblasting. So far we spend about 50 hours on the Healey. 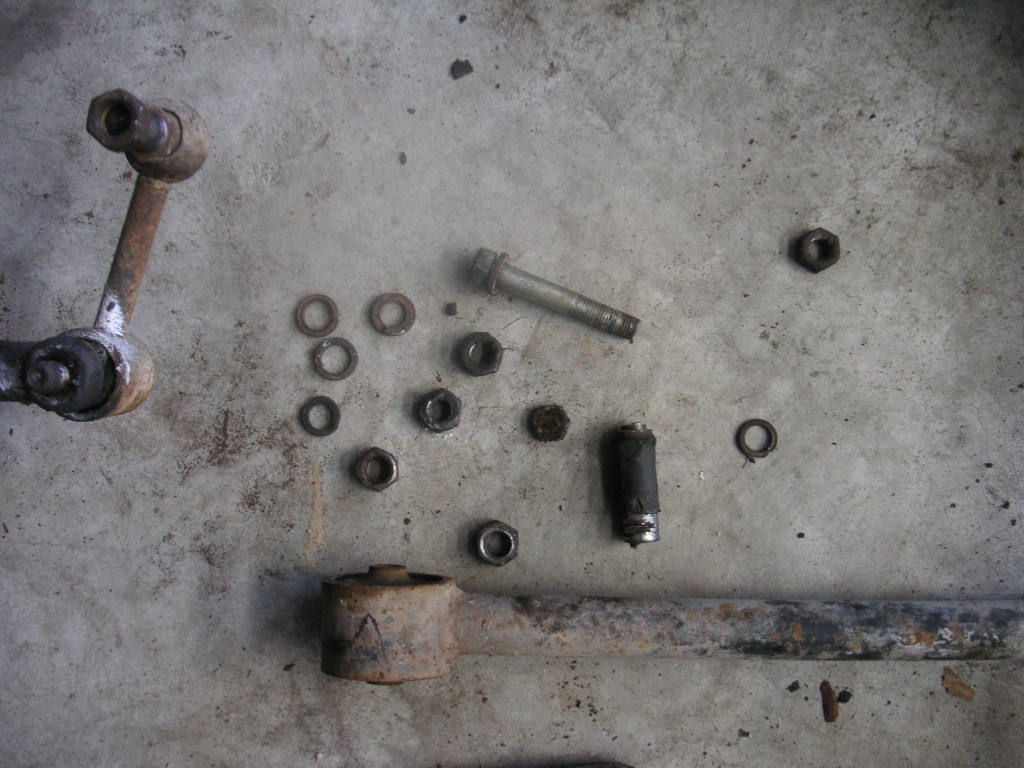 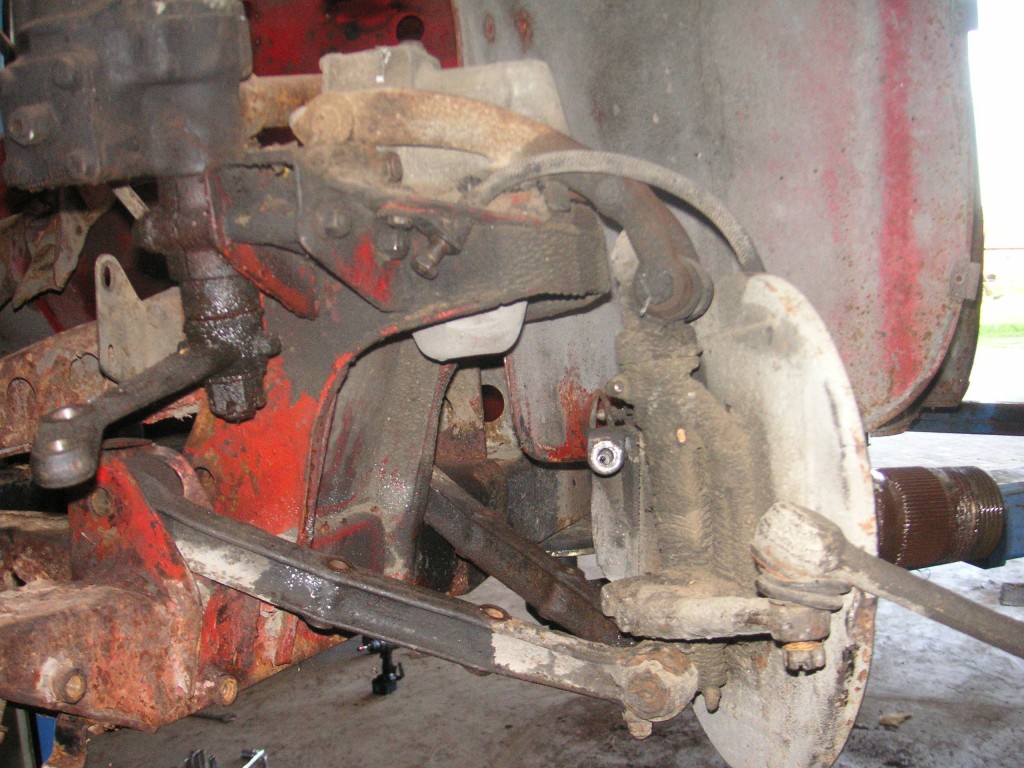 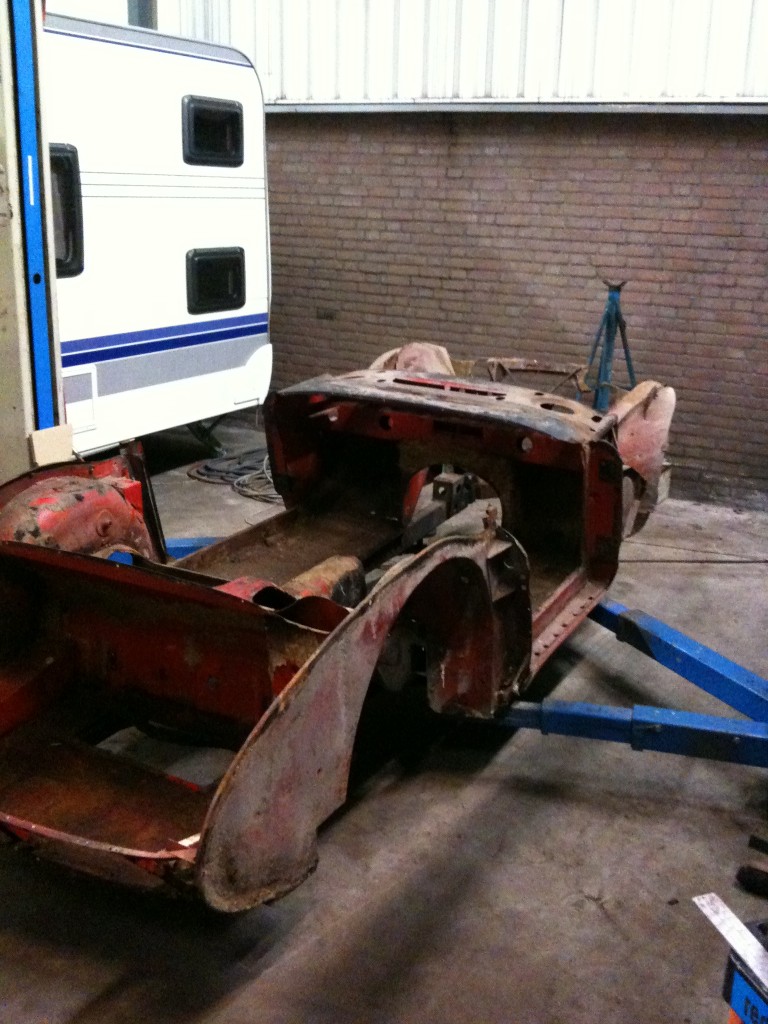